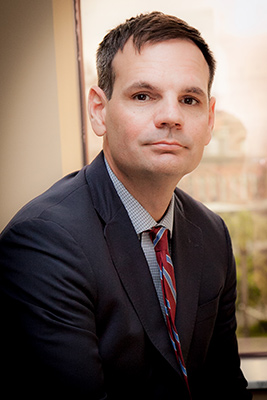 A South Miami native, Paul received his Bachelor of Science from Florida Southern College. After his undergraduate studies, Paul taught forest ecology in Grand County, Colorado for several years, followed by two years of lobbying in Tallahassee, Florida. Then, Paul attended Cumberland School of Law at Samford University, from which he received his juris doctorate. While at Cumberland, he acted as Chief Judge of the Trial Board, served as a teaching fellow, and was named to The Order of the Barristers.

After law school, Paul earned a clerkship with the Alabama Supreme Court, where he served under Senior Associate Justice Gorman Houston, Jr. Following his clerkship, he stayed in Alabama for several years litigating and trying civil cases in the southern part of the state. In 2004, Paul chose to return home to Florida, and joined Smoak Chistolini Barnett.

Paul is a member of the Florida Bar, the Alabama Bar and the Hillsborough County Bar Association. His primary area of practice is in civil litigation, dealing in personal injury, construction, products liability, and complex litigation.

Paul is married to the beautiful Lisa Ann Chistolini, and they have three daughters, Ella, Eason and Emme.

© 2022 Barnett & Chistolini PLLC
Hiring a lawyer is a decision that should not be based solely upon advertisements. Before you decide, ask us to send you free written information about our qualifications and experience.